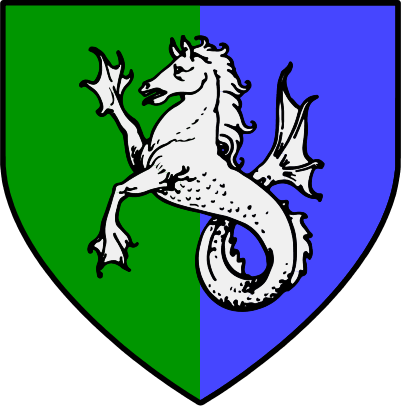 Dawn found the group at the western gate of Pelville. They approached and were challenged by the guards, who all carry shields with the Pelville coat of arms, a blue and green field with a white sea-horse. The group shouted up that an army of the undead were coming this way, only minutes behind them. The captain of the guard met them at the gate and escorted them to a holding area.  She told them to wait for Lady Hurwich who would discuss the matter with them. They asked if any refugee boats had come from Arlsfort and were told that they had not.

While waiting they noticed a wanted dead or alive poster for four mutinous soldiers, Sergeant Jar Santon, Corporal Larshall Miner and Privates Ront Weaver and Elsienora Rolate. These were the four they had killed and they bemoaned the loss of the reward.

Lady Hurwich arrives and informs them that there is no army of the undead outside the walls. However she has sent a patrol out and they will pass by Arlsfort and report back.  She has other things to worry about. The takings from last night’s show at The Shell are missing and strange things are happening. A young noble lady has gone mad and is going around claiming her expensive jeweled necklace has been switched for wooden painted baubles when it’s clearly right there on her neck.  In the meantime the group are free to enter the town as long as they obey the law, cause no trouble and do not alarm the citizens. They agree. 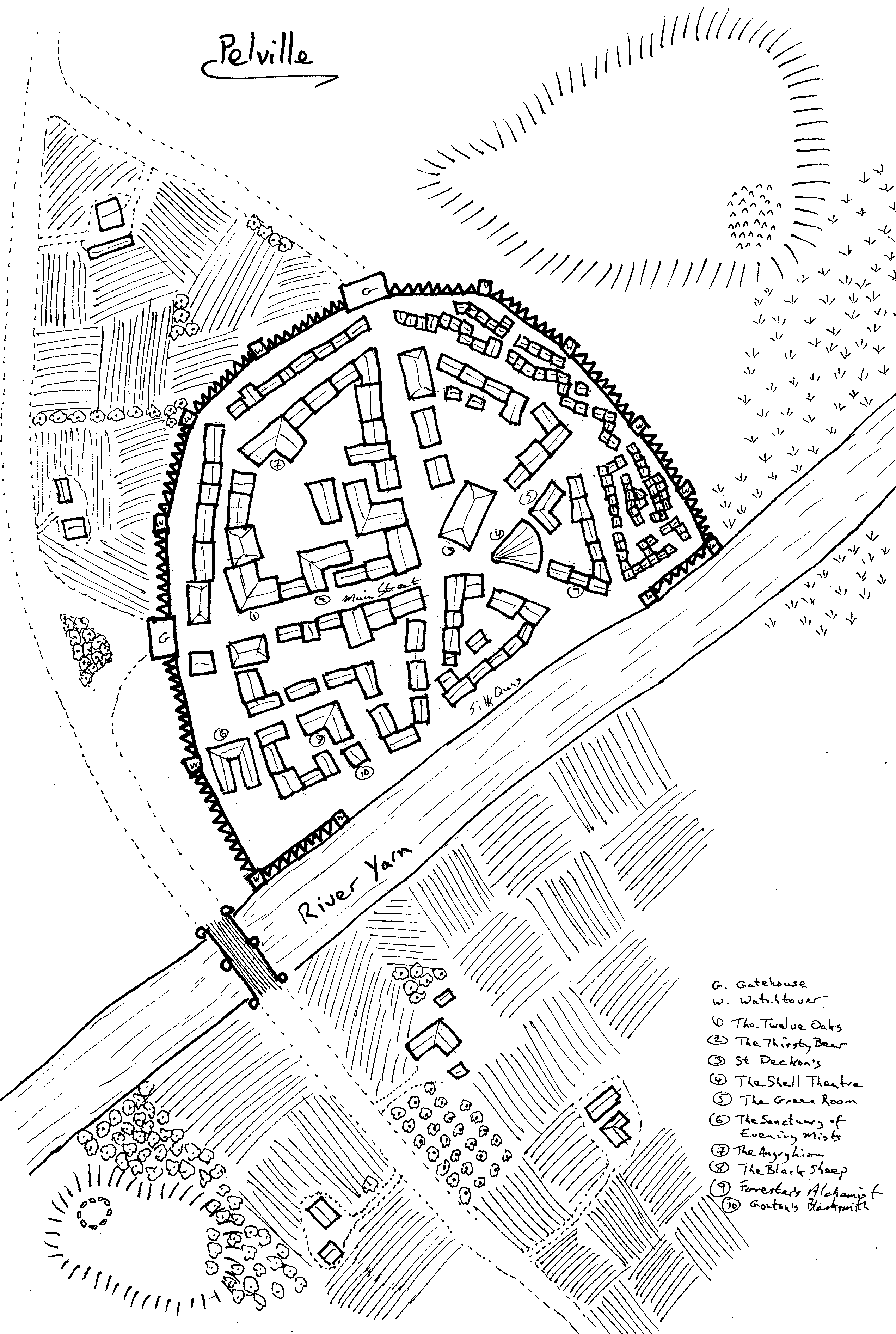 The group enter the town and wander around. They notice that they are being followed by guards but can do nothing about it so they start by finding a place to stay. Tinus and Bobo perform at The Twelve Oaks and the proprietor offers them a room for the night if they perform that evening. They haggle a room for all of them for 1 gp.

Wandering the town they admire The Shell Theatre, a large theatre in the shape of an open oyster shell. They recognise the play that is on, it is The Tragedie of Queene Flavia. There is an evening show and an afternoon matinee. They decide to avoid it. They visit a blacksmith and an apothecary. There are potions for sale but they are expensive. Back on the streets Varis turns into a mouse to try to avoid the prying eyes of the town guard and is soon running for his life from an alley cat.

Igorok wanders the town and spots the Thespians’ wagon behind The Shell Theatre. He tries to get in the back door but it is locked. As he walks around the wagon he is confronted by Murter. Igorok runs for it as the actor suggests he come back. Igorok barely resists the instruction and he casts a fire-bolt back at the actor. A guard steps from the shadows and sticking his fingers in his mouth emits a sharp shrill whistle. He is answered by several other whistles and in moments Igorok finds himself surrounded at sword point by six guards. They take him to the north gatehouse. Take all his gear and all his clothes except for spare underclothes. They put him in a cell.

The rest hear the commotion but can do nothing about it. They are still worn out from the night before in Arlsfort. They decide to rescue him later and they all go back to The Twelve Oaks and get a good sleep. Igorok sleeps as best he can in his cold windowless cell. He awakes to the happy news that he is to be hanged at dawn and he is given some thin sloppy gruel with slivers of unidentifiable meat as his last supper. He decides it is probably best that the meat remains unidentified.

When the group awake they hear of the sentence of death and find out that he will be hanged outside the battlements in the morning. They plot and plan for his rescue.

They find Lady Hurwich and she tells them that the patrol returned safely but that Arlsfort was abandoned. Nobody, living or dead, or for that matter undead was there. She is clearly suspicious that they have done something and made up the story of the undead when there is a shout from the quay along the river. Three boats full of refugees from Arlsfort arrive. They verify the group’s story and Lady Hurwich doubles the guard on the walls and send messengers out to all the local farms telling them to come inside the walls before dark. She however refuses to release or pardon Igorok. He is a common criminal and is to die at dawn.

The town is busy with farming families coming in. Their wagons line the streets with their little children peeking out. The Arlsfort refugees are bedding down wherever they can, still in shock. Everyone is frightened. The sun goes down and the blood red moon rises.

Everything is quiet for about an hour. Then there is a shout from the watchtowers. Something is coming fast through the fields of wheat straight for the walls. The group rush to protect a section of the wall just as giant skeletal spiders clamber effortlessly up. The battle of Pelville has begun. 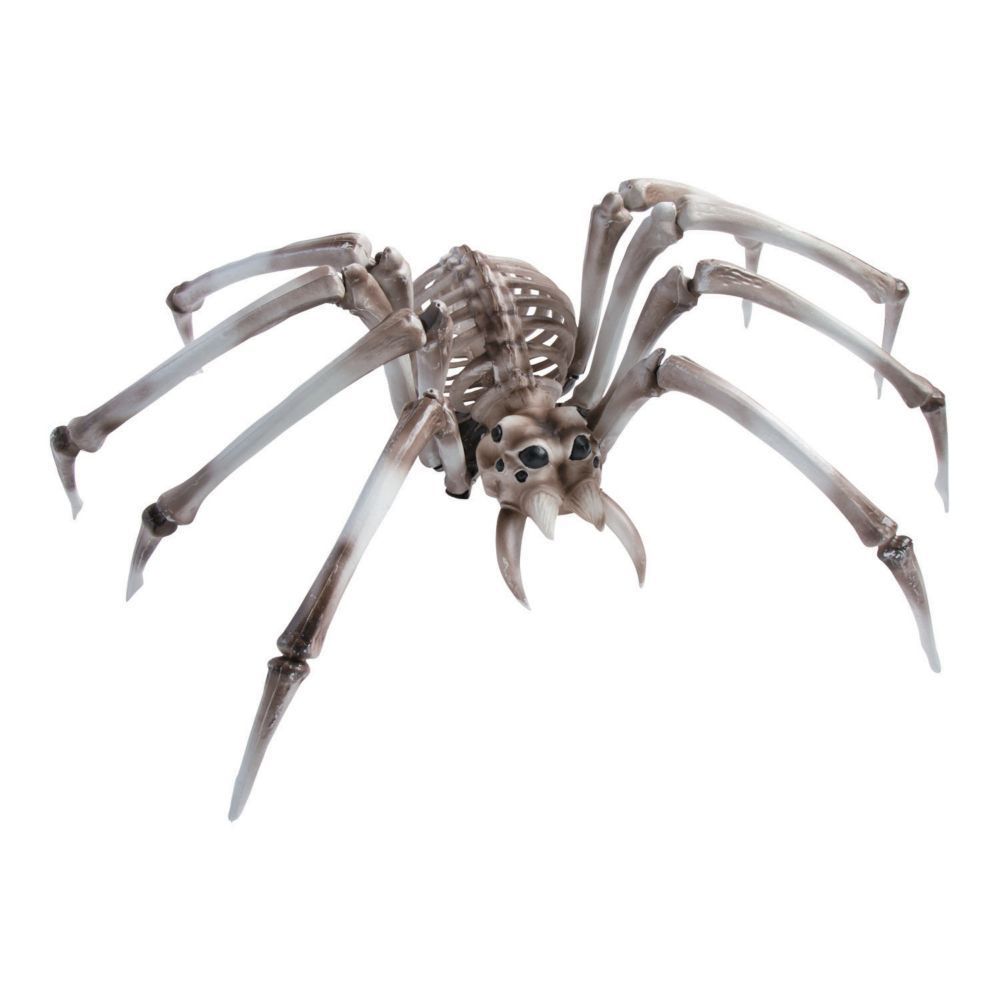 The group find that the spider’s bite is bad but they still retain their poison and this makes their bite almost instantly deadly. The four battle for survival on the narrow parapet.

Meanwhile two guards march into Igorok’s cell. His execution has been brought forward because of the emergency. They gag him and tie his hands tightly behind his back. He cannot speak and he cannot move his hands, so he cannot cast any spells. They try to take him up onto the battlements of the gatehouse but there are undead spiders there fighting their fellow soldiers. So they take him to the watchtower near where the group are fighting for their lives. They put a noose around his neck, tie the rope securely. One asks him, if he has any last words, the other points at the gag, shrugs and pushes him off the tower. Igorok hears a loud snap and the world goes dark. Which is just as well because a giant skeletal figure crawls over him onto the top of the tower and attacks his executors. 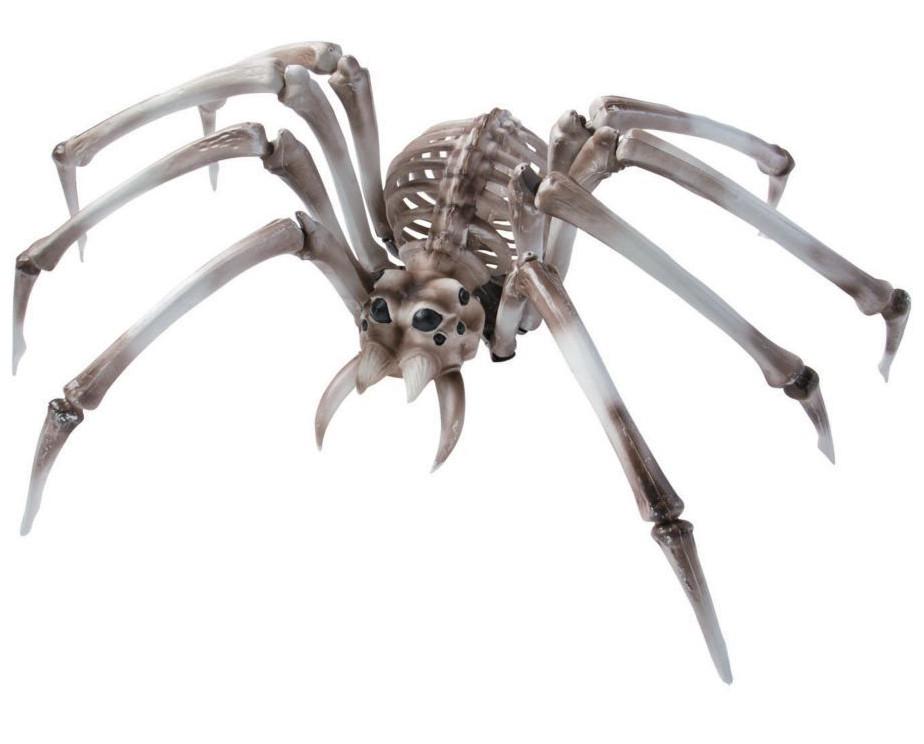 There are spiders attacking all around the walls of the town but the group notice that a large number are gathering at the section just above the west gate. They clamber up and more and more join together into a large mass hanging from the wall. Slowly, painfully the section of wall tears away from the adjoining watchtowers and crashes to the ground. The walls of Pelville have been breached!

Varis jumps off the wall, lands with a painful grunt and runs to a spot below Igorok. He firebolts the hangman’s rope and the dwarf tumbles down onto him, tipping over and smashing his nose. Varis scoops him up, sends the magic rope of climbing up to the top of the watchtower and starts climbing up. Meanwhile Issac holds the spiders on the rampart at bay as Bobo and Tinus climb up the stairs of the watchtower. The guards are gone pursued by a spider and so Bobo and Tinus are able to start to pull Varis and Igorok up.

With one hand free, now that he doesn’t have to climb Varis opens a potion of healing and pours it into Igorok’s mouth. The dwarf splutters awake just as a giant skeletal form crawls over them up into the watchtower. The battle continues. Tinus goes down and is revived. Igorok goes down again and is again revived. But eventually they kill all the spiders in their area.

Meanwhile a division of skeletal warriors advance into the breach and are met by Lady Hurwich and the Pelville guards. The battle is hard but slowly the guards start to gain the advantage and then they annihilated the undead.

A lull comes in the fighting. The group look around. From the watchtower they can see figures on the hill to the north of the town. There is one skeleton which appears to have a small skeleton of another creature in its chest. The second skeleton has its snout embedded in the base of the humanoid skull. It looks like it might be that of a tiny malformed dragon. The red light from the moon seems concentrated on this figure and it glows with an eerie unsettling light. The figure raises its arm and another division of skeletal warrior step from the fields of wheat and advance on what is left of Lady Hurwich’s troops. Then the figure turns and raises its other arm in the direction of the town’s graveyard on the same hilltop. The ground around the graves starts to shake and burst and figures can be seen clawing their way to the surface.

The group dash from the watchtower and as they pass the gatehouse they run in to retrieve Igorok’s possessions. In the guard room they encounter a strange looking woman in impressive armour. She has copper coloured skin and golden eyes.

“Hi I’m Issac” replied the friendly half-orc and the rest also introduced themselves.
“Who exactly are you?” they asked.

“I can’t find it, I know it’s nearby, but I can’t find it” she replied.
“Is that it over there?” asked Igorok pointing at a small pile of his possessions.
“No, there’s nothing interesting here!” she answered somewhat annoyed.
“May I?” he asked and when she didn’t reply he ran to his gear and started dressing and repacking it.

“I don’t have much time, I have to find it”
“Find what?”
“The Crown of Azertina of course!”
“Eh, okay, why do you want that?”
“It has Talbor’s soul. Well it has a ruby that has Talbor’s soul in it. If I can find that and destroy it, then I can stop him.”
“Who is Talbor?”
“Who was Talbor?” she corrected, “He was a powerful wizard who fought in the first war against the Dragonlords. Not the war we lost fifteen years ago, the one before that, the one that everyone thought the Dragonlords had lost.”
“Talbor was captured near the end of the war and was turned into a Dragonlord himself. But then when the war ended he became something even worse and now he has awoken and he is leading an army of the undead this way.”
“Is he a glowing red skeleton with another skeleton inside him? Likes to order battalions of skeletons around and can raise a graveyard full of undead at the wave of a hand?”, Bobo inquired innocently.
“Yes” she replied with a raised eyebrow.
“Well he’s not coming. He’s here. Outside on the hill.”
“This crown you’re looking for, maybe the actors have it? They have one in their play.”
“No, I saw that today. That play is all wrong, it’s not the way it happened at all. Rock was much funnier and Flavia wasn’t mad just young. Betty didn’t just hate Amet, she hated all the gods. Nesing was not a mean dragon, he was a frightened young dragon just trying to stay alive. But anyway the actors’ crown is just wood and paint. We must find the real one or this town and all this land will die!”
“Okay, we’ll help you” they said, “What is your name?”
“Oh I can’t tell you my name, your little tongues could not pronounce it. But you may call me Coop.”

Outside the noise of battle intensified.

Next Session is Saturday 8th June